Organigram of the Curia

The Curia is the highest judicial authority in Hungary. Under the authority of its President it has three departments: criminal, civil and administrative law departments. Each department has various chambers: chambers hearing appellate cases, chambers passing uniformity decisions, chambers issuing decisions on principles, as well as working groups examining judicial practice.

Each department is presided by a department head. Within the framework of the departments, the judges administer justice in chambers consisting of three judges. The chambers are assisted in their work by an assistant clerk and usually one typist. A chamber adopting uniformity decisions consists of five judges chaired by the head of the section/department concerned, however, in cases requiring the collaboration of several sections/departments, the size of the chamber increases to seven members.

The total staff of the Curia is 328 in number, out of which the number of judges is 83, leaders included. Judges are assisted by 40 legal assistants, whose work at the Curia is also a preparation for judgeship.

The Vice-President supports the work of the President, replacing the President at meetings, conferences and other official events which cannot be attended by the President in person, on behalf of the President receives official representatives of international and national organisation, and in the absence of the President carries out all the official duties delegated to him. Furthermore, he supervises and controls the activities of the Security Section and the Library.

The Secretary-General supports the administrative work of the President by supervising and controlling the activities of the following units: the secretariat of the Curia, the Personnel, Labour and Educational Department, the Financial and Provisions Department, the Process Registry and the Information Technology Department. 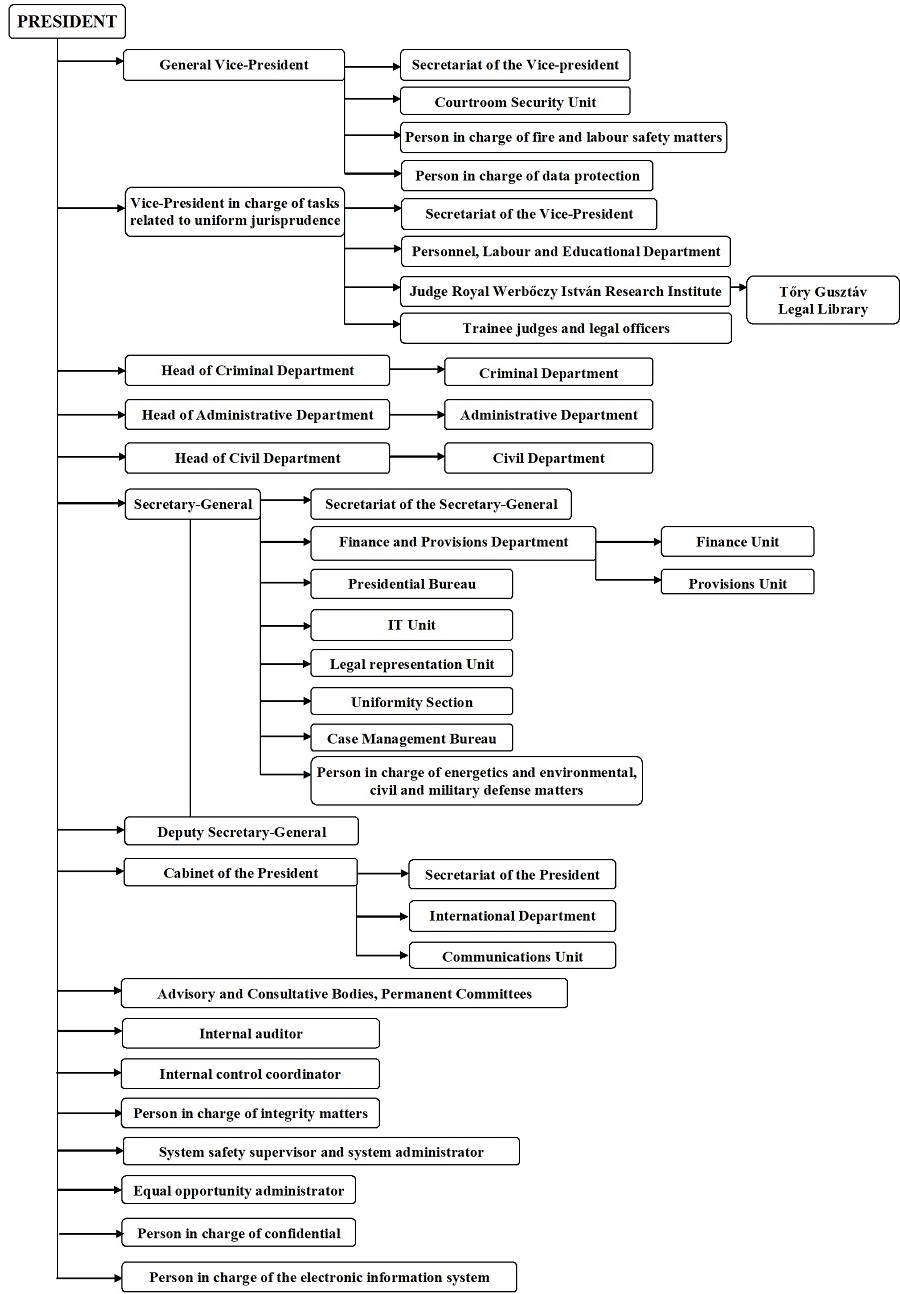