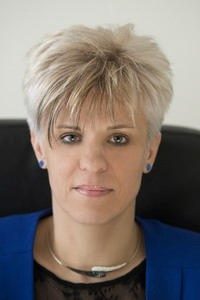 After graduating from the Faculty of Law at the University of Szeged in 1989 with “cum laude” qualification, she worked as a clerk at Pest Central District Court and the Supreme Court. Having passed the professional examination, she worked at the Municipal Labour Court as a court secretary from 1991 and then as a judge from 1992. She has heard all types of cases that fall within the jurisdiction of labour courts. Her work has been evaluated twice, in both cases she was found to be “excellently suitable” as a judge. In 2005 the National Judicial Council awarded her the “honorary high court judge” title. From 2000 to 2011 she was the vice-president of the Municipal Labour Court and in May 2011 she was assigned to the Municipal Court of Budapest as head of one of its chambers. On 1 January 2012 she was assigned to the Curia.

She taught at the Civil Law Department of the Faculty of Law, Károli Gáspár University of the Reformed Church for a decade from 2001 on. She was a member of the committee of court clerks’ admission competition for several years and since 2003 she has been a member of the professional examination committee. She regularly gives lectures in the field of labour law, she is the co-author of the Explanation to the Labour Code (published by Complex in 2006) and she published a study entitled “The history of the thirteenth-month payment” in the 2005/4 issue of Fundamentum. She is a member of the Hungarian Association of Labour Law Judges.