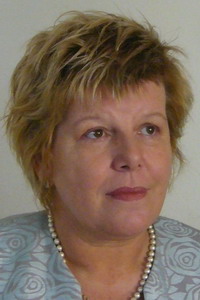 From 1982 she worked as a court clerk at Pest Central District Court and she was appointed judge at the same court after she passed the professional examination in 1984. She heard civil cases, including contractual, compensation, succession and proprietary cases. In 1988 she moved to the Court of Company Registry which was then being established at the Metropolitan Court of Budapest. She became a member of the Civil Department of the court in 1990 and in 2002 she was appointed head of chamber. From 1999 until 2011 she was involved in court management activities supporting the work of the head of the Civil Department. From 2009 she was the deputy head and in 2011 she was appointed the head of the Out-of-trial Registry Group of the Metropolitan Court. When her work was evaluated in 2000 and 2006, she was found to be “excellently suitable” as a judge.

She has often given opinion on drafts of civil substantive and procedural law, sometimes requested directly by the Ministry of Public Administration and Justice. She has participated in the training of court clerks and secretaries, as well as in the education of other court employees. Upon commission by the National Council of Justice and from 2012 by the National Office for the Judiciary, she participated on the customer’s side in projects supported by the EU, aiming at the computerisation of certain court proceedings.

On 1 January 2012 she moved to the Curia where she has been entrusted with court management activities by the President. In 2012 she was awarded the “honorary high court judge” title, on 15 July 2012 she was appointed Secretary General of the Curia.