Vice-President of the Curia of Hungary 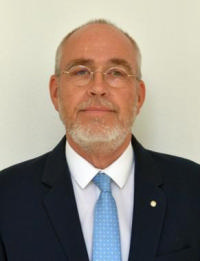 He is a member of the Service Tribunal at the Budapest Metropolitan Court, a member of the Disciplinary Tribunal of Public Notaries at the Curia, and he takes part in the examination of bailiffs. He has been a member of the professional exam committee since 1997 in the field of criminal substantive and procedural law and law enforcement. Since 2007 he has been a visiting lecturer and examiner at Deák Ferenc Institute of Pázmány Péter Catholic University, teaching criminal law within second degree training. He co-authors the electronic and printed commentaries to the Criminal Code and the Code of Criminal Procedure. He is co-author of the Handbook of Criminal Law published in 2007 by Complex and Handbook I-II of Criminal Procedural Law published in 2011 by Novissima within the series of professional exam handbooks.